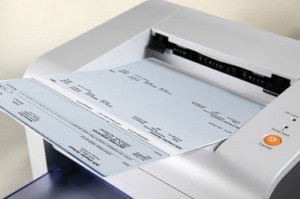 Yesterday I was asked by a vendor on how we print our checks. So I told him we use SQL-Ledger. The ironic part about the conversation was I had always thought of this company as fairly technology driven, and they actually had an inventory control system that may be 80 to 90% accurate. In fact, just the day before I was having a conversation with a friend, who’s an implementation manager for an airport software company, on how I think most of the fashion industries were so “backward.” I told him a lot of times we found ourselves in the warehouse of a designer helping to look for merchandises as he or she had no inventory control system in place that could tell where things were. Then this was no surprise to me as unless you have plenty of cash flows, my estimate was majority of the small size fashion companies had not the profit margin to invest in I.T. software or people. After all, I knew how “expensive” I could be, and just imagine when the software licensing starting to add up.

END_OF_DOCUMENT_TOKEN_TO_BE_REPLACED

SQL-Ledger offers a nice inventory control module (a.k.a. Goods & Services) that provides inventory count, and making its data available to our online store allows real-time inventories and more. For our servers that are at different locations, this could be done by querying the SL server in real time, but a lost of communications could disable our production system in this synchronous setup. So we use Slony-I to replicate data.